One of the main reasons why UNS S31254 is considered to be a superior stainless steel grade amongst other austenitic alloys is its corrosion resistance properties. The increased corrosion resistance properties of this alloy are due to the addition of nitrogen and molybdenum in its alloy. When nitrogen is added in any austenitic alloy, the yield strength, as well as resistance to pitting, is improved. For instance, this molybdenum based 254 SMO Weld neck Flange has a high resistance to pitting, which is confirmed due to its high PREN value. The PREN value of this austenitic stainless steel grade ranges between 42 – 44, which is much higher in comparison to grade 316. Since one of the major alloyants of the material used to produce SMO 254 Flange is molybdenum, the alloy exhibits superior resistance to crevice corrosion particularly in those instances, where the application of the environment contains corrosive compounds such as chlorides and sulphur. 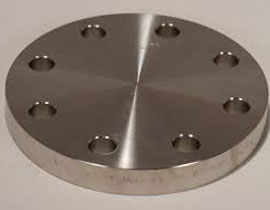 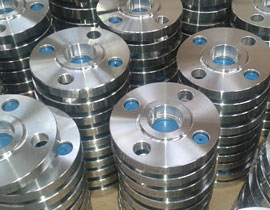 Generally, lower austenitic stainless steel grades such as alloy 304, is not deemed ideal for use in these conditions. Which is why the Alloy 254 Blind Flange is used in Desalination plant equipment, Seawater handling systems, Flue gas desulphurisation units in power plants along with Chemical processing, Paper and pulp as well as Control and instrumentation tubes. Referred to as a superalloy, the ASTM A182 SMO 254 Lap Joint Flange is designed to withstand elevated temperature settings, while conforming to not only its chemical, but also mechanical requirements set by the specification. Per the ASTM A182 specification, the mechanical properties that the UNS S31254 SMO Slip On Flange is to conform to includes requirements such as tensile strength, yield strength, elongation as well as Brinell hardness.